I come to announce that the project is celebrating its 1 year of release. To celebrate the event, I'm offering you update 1.3 as well as a 25% discount. The discount is valid until Monday, September 19, 2022, 12p.m. EDT on Steam and itch.io.

For update details, go to one of the project's hosting sites.

Hope you enjoy this ad. Feel free to share the news and give your feedback/ratings on the game.

I am announcing that Creas is currently discounted on Steam and Itch.io. Go and enjoy it for those who haven't already.

For those who own it or already play it. I encourage you to come and give your comments and/or even rate the game. (Positively please. xD)

You can always join the official Discord of the game, to discuss the project, give your impressions/comments and more.

I am here to announce a first update of Act 1 of my game Creas.

To see in detail the changes made, go to one of its links:

That's not all. I'm also announcing a 10% discount during the Halloween sale 2021. Take the opportunity to get the game at a discount.

I also invite you to the official Discord of the game. You can come there to discuss the project, give your impressions / comments and also report any bugs.

We hope to see many of you there to discuss the project with you.
4 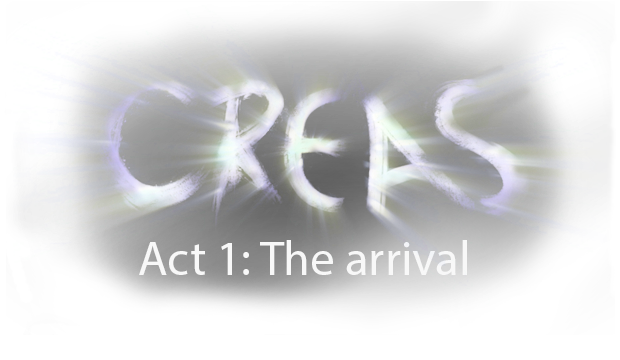 
On a rainy night, Max finds himself in front of his desk immersed in his drawings as usual, he has difficulty stopping, bewitched by this obsession to recreate the creatures that haunts his mind. He eventually gave in to exhaustion and found his bed. The next day, he glimpses a stranger through his window who seems to be spying on him and decides to pursue him through the forest behind his home. Unaware, he is about to find himself in a conflict that endangers the survival of mankind, and even worse, he is the only person with the power to re-establish balance in the universe. 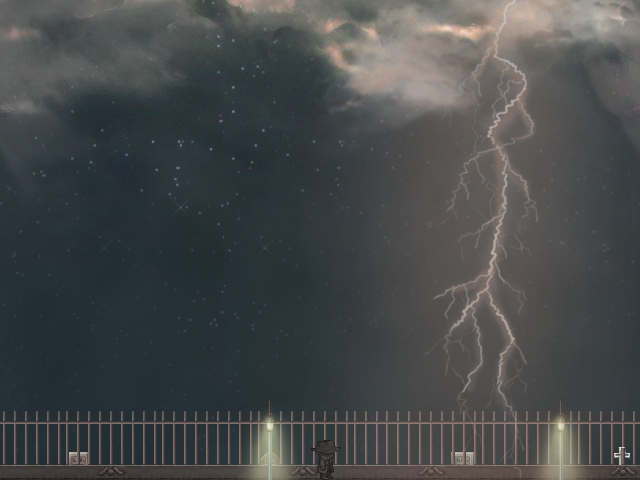 
A young man discovers that the creatures of his imagination actually exist. They are called Creas and live on a planet called Ostral. The problem is, the Creas mysteriously teleport to Earth. He will then discover the secrets of an ancient civilization which would be the creators of humans as well as the Creas. They are called the Husters, named Creators by the Creas. Max is part of this lineage, he will have to uncover the reason why these creations suddenly appear on Earth and that the preservation of the balance between these 2 races relies on him.


Menu
The menu has been revised to look like a digital music player (Ipod), we find all the basic functions, except the equipment which is managed automatically, but also the objectives (Quests), Karma (Impact of moral choices) and even successes (Successes). 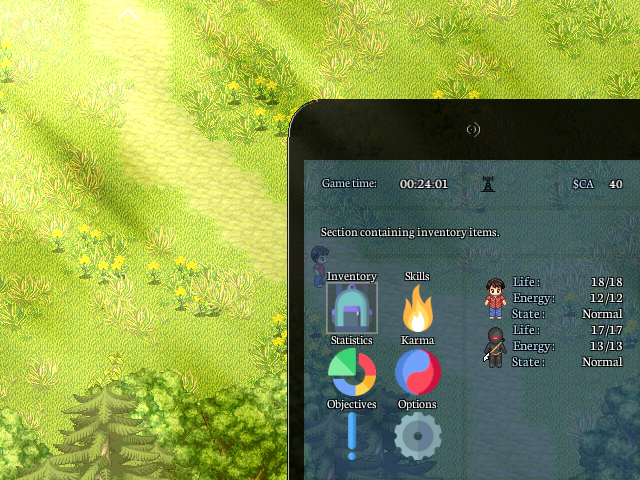 Combat
The combat system is turn-based. A rune system is included, it will be used to heal or revive the heroes during combat as well as to use bonuses that will improve the heroes stats. It is by attacking that the hero will fulfill the power of the rune that corresponds to his element.


By defending himself, he will be able to refill his energy which fuels the skills. 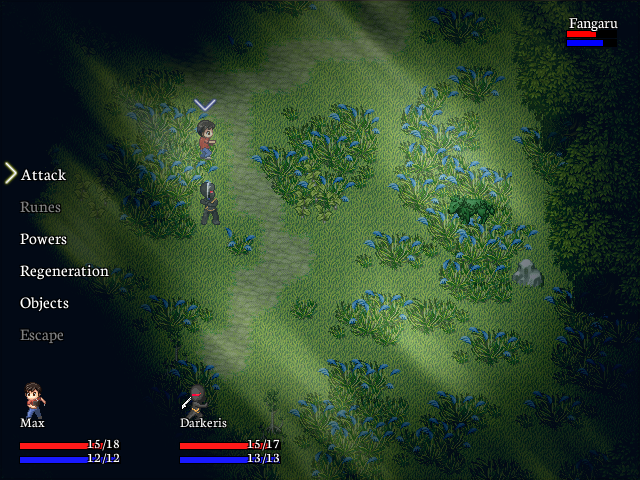 Variety
Creas also includes several other gameplay elements (Mini-games) which will change depending on the situations Max encounters. A racing system has been added


Choice
During the game, the player will have to make moral choices (Karma) which will sometimes affect the story as well as Max's strengths and weaknesses. 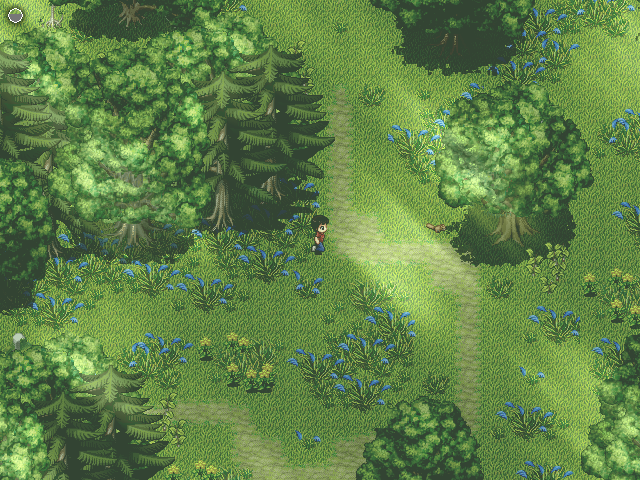 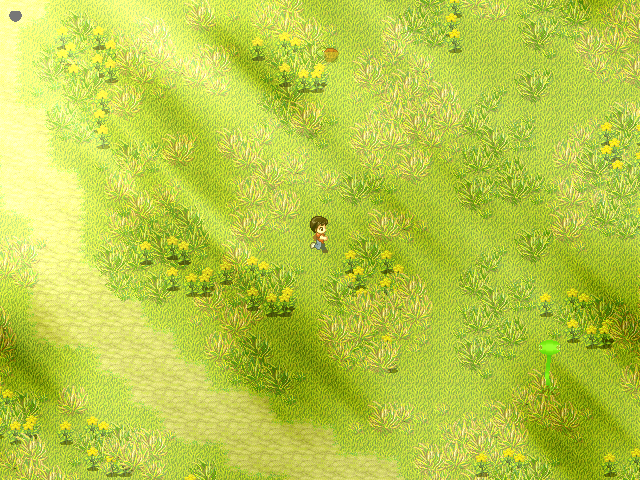 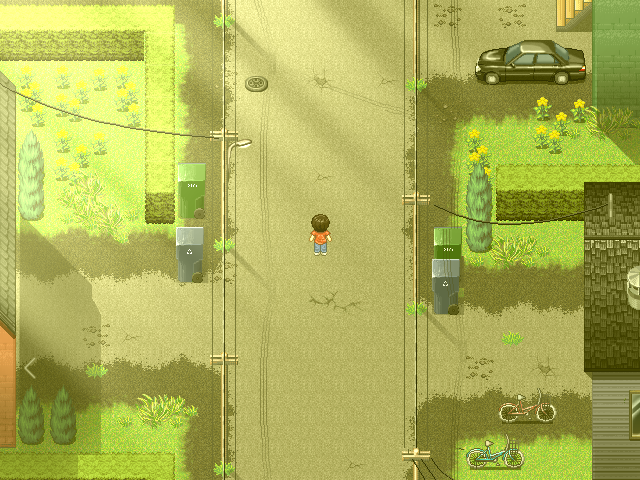 
The current advancement represents the 1st act of Creas's game, called 'The arrival'. It's available on Steam and Itch.io. A free demo is available on both platforms.

Links to the game:

To conclude, here is the trailer of Creas.

I'm Ti-Max, from Quebec, I work on RMXP since 14 years now and on my game called "Creas".

My skills in RPG Maker is more event programming and a little in script. My level in mapping and graphic are ok too.

I search several time for script on this forum and now i decide to register.

Hope we can exchange in the future.
Pages1