It's not an anchor, but I suppose I can see how it could look like one.

It's actually the combination Mars+Venus spoke from the transgender marker.
3

Here's a selfie to apologize.

Intelligent Debate / Re: Is this the world you though it was?

April 21, 2014, 12:57:19 pm
I just want to say in as much as there are rich people who earned it and deserve every penny to their name, there are a lot of snobs that didn't earn a thing, and ride on the successes of their past family, and  yet still act like they personally earned and deserve their wealth.
6

Quote from: Colonel Blinx on April 03, 2014, 05:17:07 pm
Yes, that IS what my whole point is. This is an opinionated discussion, is it not? Why would my point NOT be based off of personal opinion?

And yes, I know you're free to disagree. That's why I'm not telling you to stop.

It's sort of real-time but I would argue it's not an action system.
I'd consider GW2 to be action, and typical MMO's are sort of like an ATB based game ( because of the Global Cooldowns ).
7

Quote from: Colonel Blinx on April 03, 2014, 04:36:23 pm
Alright, I just have to reply so I can point this out to you:
If every MMO suddenly shifted to action battle systems, nothing is stopping them from using different types of ABS and systems in the game.

All I got from the last paragraph was that it somehow would prevent innovation, or make developers unable to do anything unique with their MMO.

Also, when I say I want MMOs to have action combat, I'm only referring to games that would benefit from it. I'm not suggesting the developers of EVE Online to put swords on peoples' space ships and let them go at it, for Christ sake. If someone wants to make an innovative MMO, more power to them.

But if someone makes an MMO set in some fantasy world, or whatever, and it has the same old shitty battle system in THIS day and age? That would be a poor decision. And geeze, you know, I don't see what's so wrong with it if you don't want things to be stagnant. Why not weed out the old battle systems and replace them with action ones?

You're making all of your statements based on the point that you feel Action-systems are innately superior.
I'm saying that encouraging diversity in MMO space is a better idea than only encouraging one avenue of growth.

You are absolutely free to have and voice your opinion, but I am also free to disagree with it and voice my disagreement.  I think it would be a mistake for us as a community to tell developers that only action games are worth making.
8

Quote from: Colonel Blinx on April 03, 2014, 12:41:31 am
Do you HAVE to be so confrontational?
And honestly, since newer MMOs seem to be adopting this type of combat, it seems like I don't even have to wish for it.
Before long, MMOs featuring the (already) archaic battle systems will be in the minority, and I will be happy.

So, yeah, weather I wish for it or not, it's happening. Sorry.

EDIT:
Also, feel free to reply, but I don't feel like getting into an argument with you (this seems like it will go there), so I've nothing further to add to this particular discussion.

I'm not being confrontational here, I'm just offering a difference in philosophy as to what would be 'good' for the genre.  I'm pretty sure I'm allowed to do this...as it is the subject of the topic after all.

You want the genre to appeal more heavily to your tastes, and I want the genre to be diverse and innovative, appealing to a variety of tastes.  That, and I don't necessarily believe that action MMO's are inherently better, but I wasn't attempting to make that point, as it is entirely subjective, and you are more than allowed your opinion.

I'm not saying you can't want what you want, and enjoy what you want, or that your opinion is wrong.  You're also totally right that "action" MMO's are getting more common, and I think they will stay common, but that facet of the genre still needs a little R&D in my opinion.  That's another conversation entirely, however.

I'm just saying that if every MMO was an action MMO, that would be bad for the genre, as it would be stagnant and homogenous.  It is a sign of a healthy genre that we have games with such drastically different gameplay.  You can easily pick between EVE, GW2, TERA, FFXIV, WoW, and a myriad of other games based on a number of crucial differences that make each game into their own identity.  Developers are being creative, niches are being filled, and as a whole...innovation is simply growing in the MMO scene.

I would just hate to see it return to homogeny.  We saw that already with WoW clones after WoW got successful, and it was a tiring time for MMO's as a whole.
9

I mean, I wasn't demanding it, or anything.
Just saying I want it to go in that direction, since I would assume at this point, it's perfectly viable.

You're right, it is viable, thats why games are doing it.
I'm just saying that due to markets, niches, differing opinions, and creative decisions, you will NOT get your wish, and it is better that way.
10

Quote from: Colonel Blinx on April 02, 2014, 02:11:15 pm
I want more MMOs to stop using fake combat (sorry, I'm calling it that, because the game attacking for me is the most absolute boring thing ever).
I want more MMOs using real-time, action-y combat. More of them are doing it, but... I want them ALL to do it.

Any MMO that doesn't do this just isn't worth my time.

Bolded the part I'm replying to.

Obviously MMO's without realtime combat aren't searching for you as part of their target audience then.  You can play the ones that do appeal to you, that's how it works.

All but demanding that ALL MMO's should cater to your whims is just harmful.
11 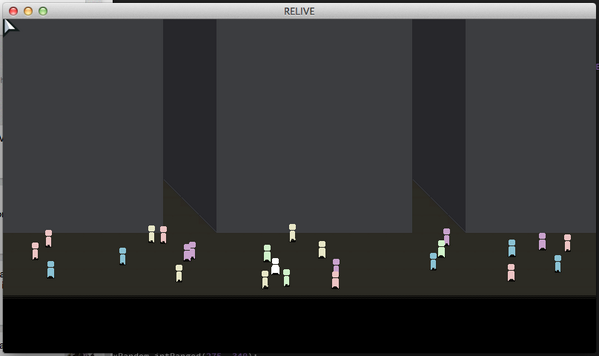 WoW was an accident really, it happened at the perfectly right time when videogames and MMO's were just picking up steam.  It had a critical mass of interest, brand recognition, and it was a HUGE improvement over Everquest to the point where some of the most famous EQ guilds jumped to WoW during the beta.

If another MMO is going to hit it big like that, it won't be by design.

I think MMO's should shoot for strong, individual niches.  Guild Wars 2, EVE Online, and Final Fantasy XIV are strong examples of MMO's that launched ( or re-launched ) with the intent to serve a focused audience; not the entire gaming population.  They have their identities, they stick with them, and if you have noticed...2 of the 3 launched with monthly fees, and have yet to go F2P due to lack of interest.

I could go on for hours about game mechanics, design, and content, and how gameplay itself evolves due to copying and copy-improvements and etc... but now is not the time or the place.

Basically, I think there is a place in our market for themepark MMO's like WoW, or Final Fantasy XIV ( though arguably this game contains a measure of sandbox mechanics that most themepark games do not ) and also a place for things like EVE Online, where the players control everything.

To say either end of the spectrum is inferior is just a flawed statement, as they are intended to serve different audiences.
13

It is going to be a very different sort of game.

Not different as in revolutionary.

Different as in the entire point of it all.
15

A story about every day.

It's not your fault, so why does everyone blame you?

Chat / Re: Your Life Here

I mean if you followed me on tumblr it wouldn't be classified to begin with but WHATEVER.
Pages1 2 3 ... 67