I was using OGG but I didn't know about the LOOPSTART and LOOPLENGTH tags, was this feature present in the original RMXP as well ? Because if not that's actually a great new feature.
Anyway, now everything works perfectly.

To begin with I really wanted to thank you for this amazing job, XPA is absolutely awesome and a real game changer (okay sorry about that pun

So, I successfully converted my project and all the scripts to be compatible with XPA but I have two issues remaining since I upgraded to XPA.
The first one is the way the text is squeezed to fit in text boxes, especially in the help_window it's either unnecessarily squeezed like here: 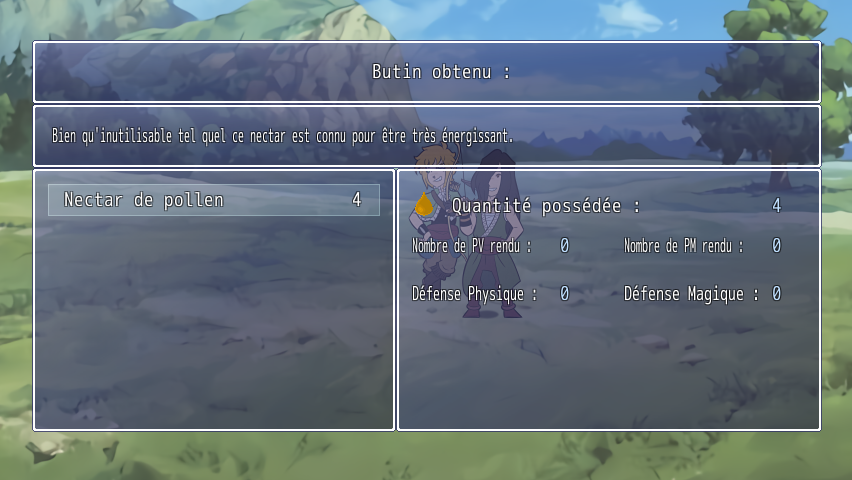 Or it's being cut and rewritten on the text box like so: 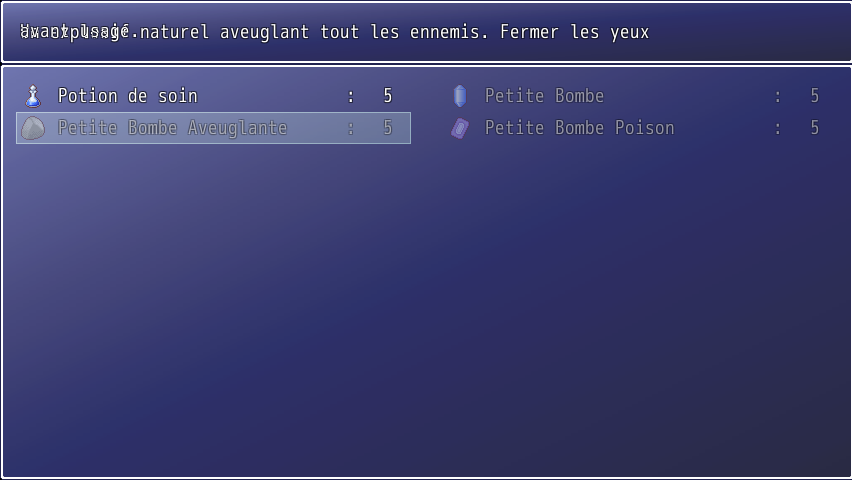 I double checked and didn't have those problem before. I also tried to increase the width of the help_window but without any effect.
Is there any way I could fix that or maybe disable the automatic squeezing of the text? I actually don't like this feature that much anyway. My game is running at 854x480p.

My second question has to do with when a Musical Effect is being played and the transition to the BGM. In RMXP the ME would play and when it finishes it would automatedly start the BGM but it seams like now a small fade in is applied to the BGM. Is there any way I could disable this fade in?

I use a ME to play the intro of my in-game music and the BGM to play the main loop and the fade in makes it sound really weird.

Thank you so much for your help!

I've been reading this forum for quite a while now and I have found so many answers to my questions regarding my RPG Maker project here so I felt like I should join you guys!
My game was created using RM XP and a few month ago I discovered the awesome RM XP Ace project on this forum and this completely transformed my game for the best. This is why I really want to thank everyone involved in this project.

I recently got into programming using Ruby and did a few scripts already like a craft system and a quest system. I still have a lot to learn as I want to create a CBS for my game so if you don't mind, I may ask you questions regarding RGSS.
Anyway, I'm really happy to join you guys, see you soon!